Almost every week, right-wing extremists attack individuals in Brandenburg. They primarily target people of colour, migrants, the homeless, people with special needs, as well as left-wing and alternative youth. While political and social institutions, including the media, are preoccupied with tackling the perpetrators’ social problems – a high unemployment rate, lack of youth centres, bad parenting – the lasting effect of an attack goes widely unnoticed. Victims are left to cope with their suffering and their fears on their own. Many feel threatened for a long time after a physical assault. The social majority’s indifference reinforces the perpetrators’ belief that they acted on behalf of the majority of the German population. Opferperspektive – literally: Victims’ Perspective – is an association that aims to support these victims and break the silence.

We actively research and monitor right-wing crimes. When we find out about an attack, we make an effort to contact the victim. If you fall victim to right-wing violence, please do not hesitate to contact us. We can meet and counsel you at a location of your choice. We offer:

We network with and support local grassroot initiatives that act on behalf of victims of right-wing violence. What you can do to help victims: 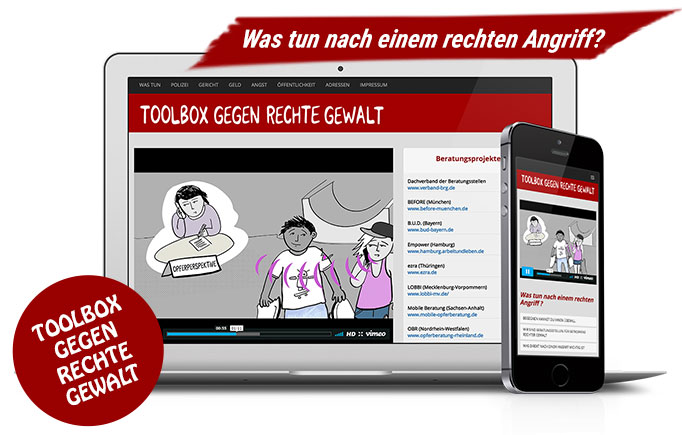